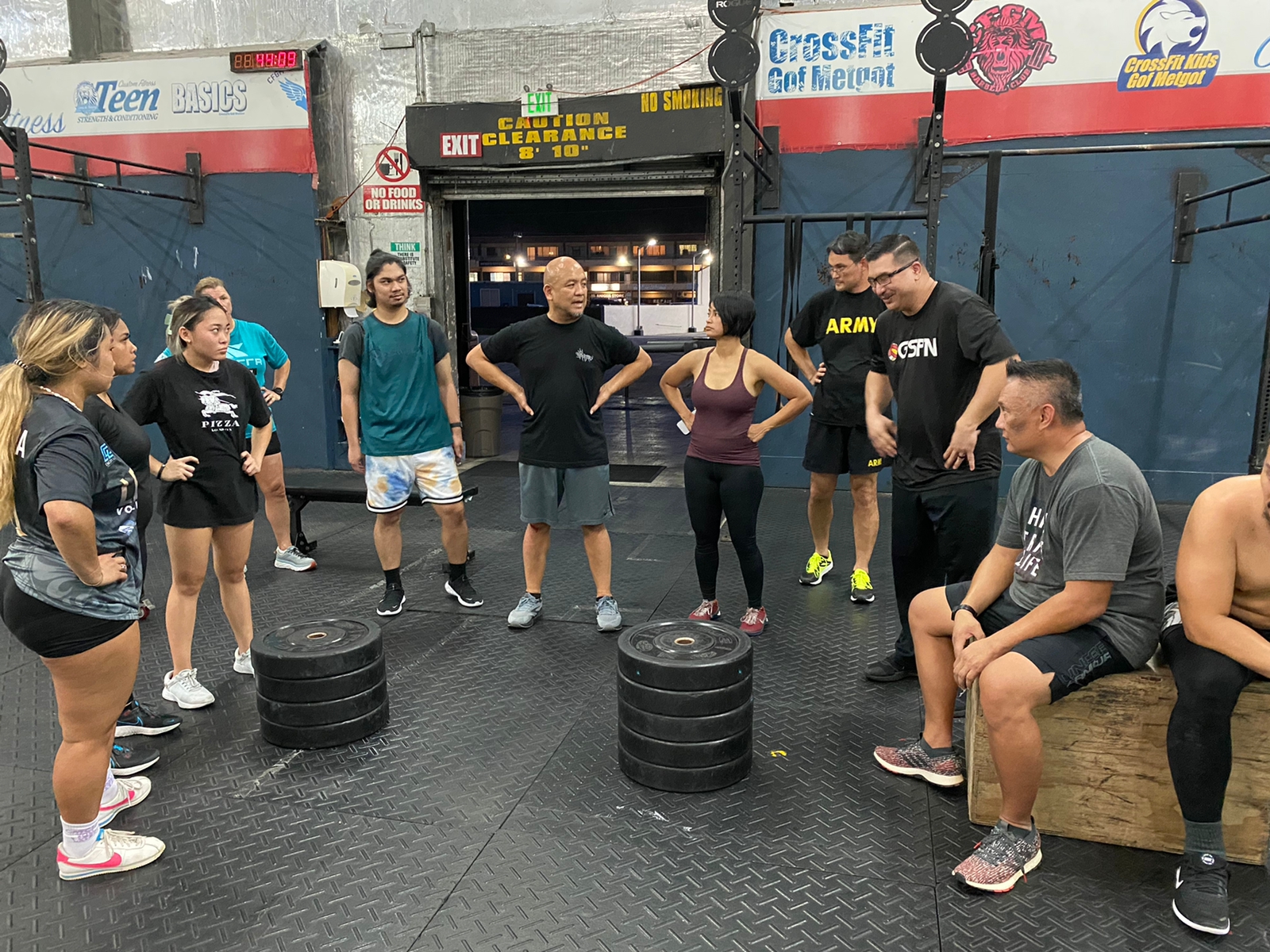 Coaches worked through their planned sessions at the Custom Fitness Gym in Anigua, during the final day of the OSEP Community Strength and Conditioning Coach course.  Each group was tasked with preparing a fitness test, incorporating agility, power and strength, and aerobic exercises.  They explained its intent, measured, and executed the test as RCC OSEP facilitators Dr. Ryan Claros, Paul Claros and Lenora Matanane guided them through the process.

The participants returned to the GNOC Conference Room for dinner and then a debriefing.  They discussed specificity, objectivity, and reliability, then focused on the training load of a mesocycle.  The group learned the fundamentals of the general prep phrase focusing on strength during the first cycle of training.  After the discussions, coaches were tasked through a group activity to work on their training load.  The outcome of the activity was presented and discussed by the facilitators and coaches.

The coaches provided their course assessment electronically and signed off on their work assessment checklist. Lenora Matanane provided the assigned certification work on week one of block3, for each cycle: general, specific and pre-competition.  Miranda stated that upon completion of the assigned work and review by the facilitators, the coaches will be provided with their certificate of completion.  Miranda hosted a feedback Q&A session then closed the course session by thanking the facilitators and participants on behalf of OSEP and GNOC.