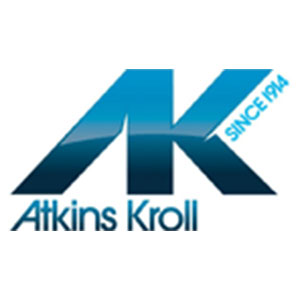 Atkins Kroll (AK) Guam is the car dealership that partners with GNOC under the brand AK Toyota to support sport and athletes on Guam through the provision of vehicles.The company began on the western shores of the United States in the beginning of the twentieth century. In 1906, its founders G.H. Atkins and Clifton Kroll established Atkins, Kroll and Co., Ltd in San Francisco. They sought expansion and established themselves on Guam in 1914. During World War II, operations were interrupted but Guamanian employees found a way to keep the company records during that time, helping to ensure the future of the business. After the war, Atkins Kroll played a big role in helping to revitalize the economy and community after the war was over.The Inchcape Group acquired Atkins, Kroll Co., Ltd and its Pacific subsidiaries in 1974, and in 1981 Atkins Kroll closed up shop in San Francisco with primary operations now on Guam and throughout the Guam-Micronesia region. Atkins Kroll Inc. remains the largest auto distributor throughout the region to this day.As the oldest corporation on Guam, it has served generations of families in Hagatna, Dededo, Yigo, the Naval Station and Anderson Air Force Base, and beyond.

AK Toyota has a long history of supporting athletes and sport on Guam. It has partnered with GNOC to support local sporting events and continues to support Team Guam in preparations and outings at various local and international Games.