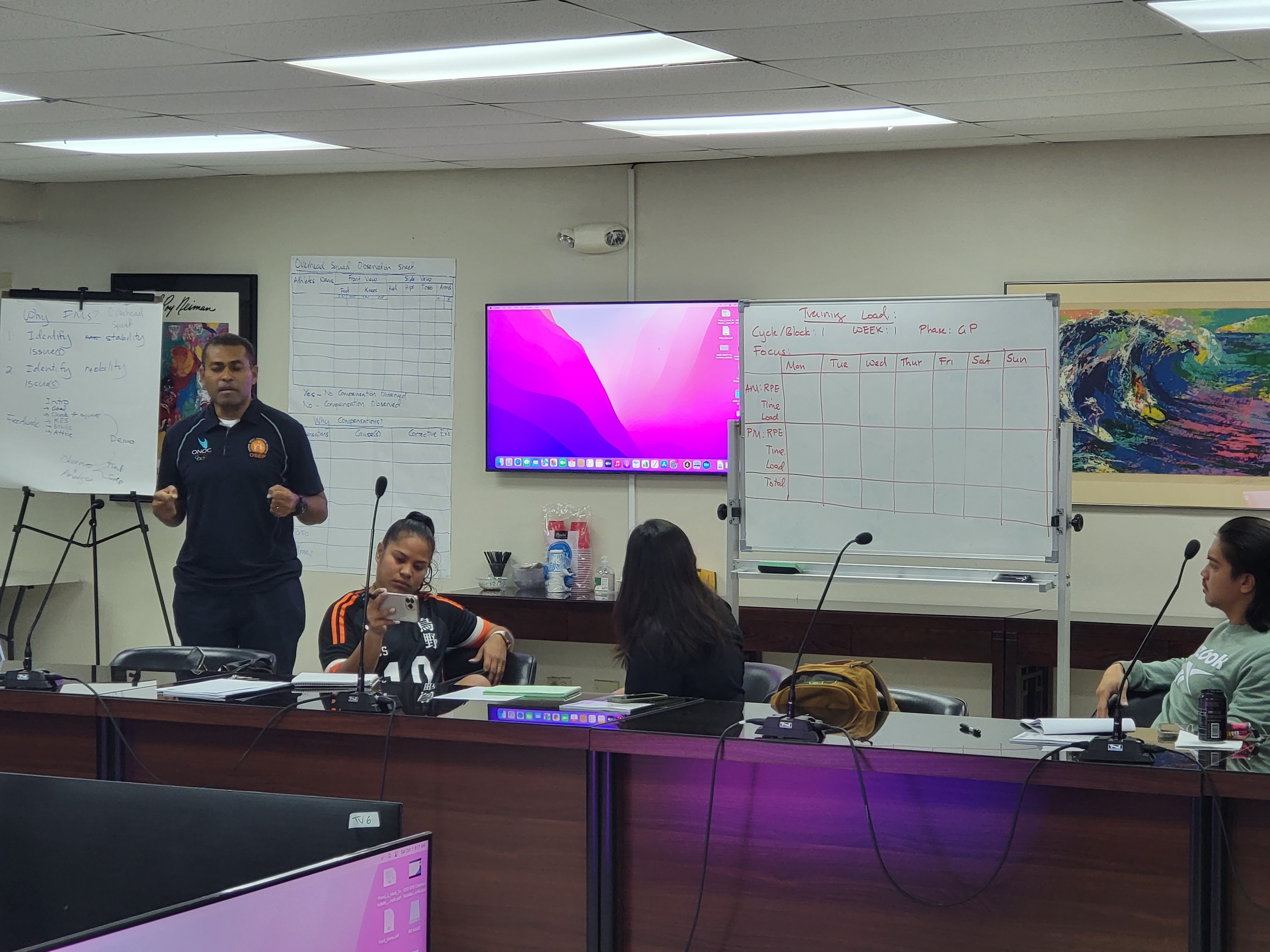 The morning course opened with RME Savua working with the group on a training load schedule.  The coaches focused on FMS/Testing, Strength, and skills as they filled a week long schedule to build a stronger and more skilled athletes.

Coaches worked in groups through an activity to create a weekly periodization and performance plan which includes strength and skills, endurance, recovery, and adaptation.  Each group presented their strength endurance and skill results which was discussed through an open discussion.

A second group activity identified exercises and movements to strengthen the capacity of athletes with the guidance of the OSEP facilitators.  Group 1 provided specific exercises and tests to increase strength of a volleyball athlete. Group 2 presented on speed and agility. Group 3 supported a general idea on flexibility exercises based on common injuries and Group 4’s subject matter was on endurance where they demonstrated the yo-yo intermittent test.

Lenora Makela provided a summary of the day’s course.  The four-day course wrapped up with a review of the course outcomes by Savua, who thanked RCC educators Paul Claros, Ryan Claros, and Lenora Makela.  Savua emphasized on the follow up assessments. Joey Miranda III closed the course thanking Savua, the RCC educators and coaches from our neighboring islands as well as our local coaches for partaking in the first OSEP Community Strength and Conditioning Course hosted on island.