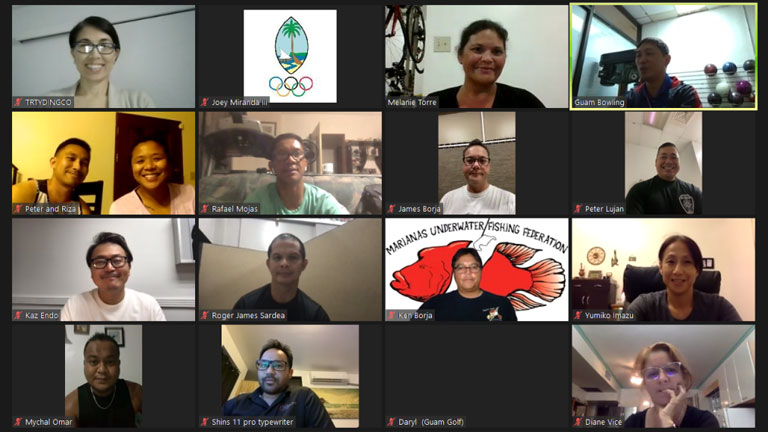 With Tokyo 2021 Olympic Games right around the corner, GNOC officially conducted its first virtual team manager course under the Oceania Sport Education Program.  Formalities for the preparation of its Team officials 2022 events which include the Pacific Mini Games, Micronesian Games, Asian Indoor and Martial Arts Games, Asian Beach Games and the Asian Games got under way with the first of five-day course being conducted by its Master Educators.

The course participants were welcomed and provided an overview by OSEP RME Joey Miranda III who discussed the framework’s four phases.  Each facilitator and participant introduced themselves to the group of which Miranda later emphasized the importance of their role and the establishment of the working criteria to ensure harmony and continuity in the relationship between each official involved in the structure of each Games.

Module one was hosted by ME Melanie Torre who took the group through the fundaments of a team manager as several topics were deliberated upon through breakout rooms, using whiteboards, and the chat box as the group became heavily engaged in the proceedings.  They identified the characteristics, roles and importance of a team manager and the specific requirements of what the position entails.

ME Tara Tydingco provided the summation of the two-hour course and provided the overview for day two’s activities.  Assignments were provided for each team official as well as the course requirements and a group photo was taken.

Miranda closed the meeting highlighting several past events and thanked all participants for attending the course.