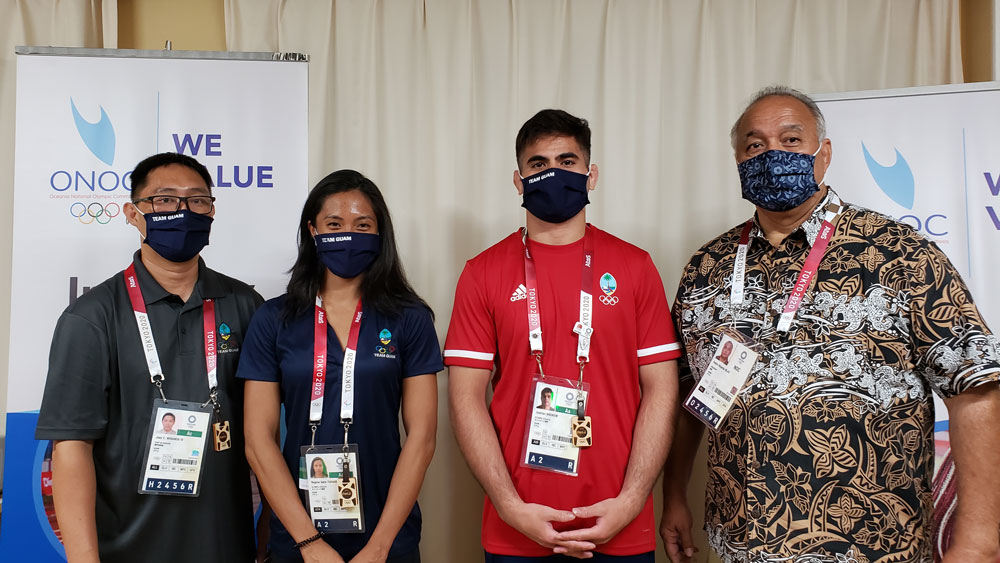 Judo athlete, Joshter Andrew will be the male flag bearer, based on his Continental qualification and a gold medal winner at the 2019 Pacific Games in Samoa, while returning Olympian and Micronesia's fastest woman sprinter, Regine Tugade will be the female flag bearer.

When asked what being the flag bearer meant, Andrew stated, “To be named the flag bearer, I’m very excited and honored. It means so much to me, it is way bigger than myself. I’m proud to be chosen as of the flag bearers for Team Guam.”

Tugade was beaming with joy when the announcement was made. “I am extremely humbled as it is an honor to be able to not only represent our island here at the Games, but to be given the huge honor of holding our flag means a lot to me and I’m very thankful for the opportunity.” said Tugade.

Due to the protocols imposed by the Government of Japan, Rckaela Aquino, our first female qualified Olympic wrestler, will be arriving at the Athlete's Games Village on August 1 and will be the closing ceremony flag bearer.

The Games of the 23rd Olympiad will be held on the 23rd of July 2021 at the Tokyo Olympic Stadium at 8:00pm Japan Standard Time.